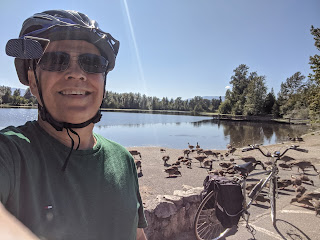 This is on the way to my radiation treatment at the cancer center. It was a beautiful day to be out and about. This picture is taken at Mill Lake just a couple of blocks from the hospital.
Someone had spread seed for the ducks and geese so they were having a wonderful time getting easy food.
The scheduling at the cancer center was a bit of a gong show for me today. When I checked in about an hour before my appointed time they did not have me on the computer. My card that they gave me with my times said 12:48, but their computer said 4:12. The receptionist made me feel like it was my fault because I had not confirmed the time with her yesterday. She even used Whiteout on my card and changed it to the 4pm time so I did not even have proof of what the card had originally said! Later the technician wanted to see my card, but it had already been changed so I had no proof of what I said.
I don't quite see that it was my fault because the receptionist filled out the card herself. They said that I could leave and come back at the new time or they could try to squeeze me in in 40 minutes. That was about 20 minutes earlier than the time I originally was supposed to have.
All of this makes it difficult to time the full bladder!! When I am drinking a lot to be ready for this appointment I need to empty about every 15 minutes so I have to time carefully to have the right amount when they call me into the radiation suite.
Well I timed it right so I had the full bladder in 40 minutes but they were not ready for me yet. The technician came out and talked to me about the timing and if I was going to be okay and I said I would use the washroom one more time and maybe it would work out about right. But that 10 or 15 minutes came and went and I could not hold it any longer. I used the washroom again and started getting ready for the next 10 minutes and at about 10 minutes they said it would be another five minutes before I could go in. Six or eight minutes passed, I was beginning to feel a bit desperate, and they came for me. I used a lot of willpower and "kegals" and made it through the treatment but was about ready to burst!
One good thing about this process is maybe it is helping to stretch my bladder a little bit so I can hold more 🥴.
Even though the receptionist made me feel like it was my fault the technician apologized to me several times for their mix up in the scheduling. So she kind of made up for the other negative feelings.
It seems to me that with all the high-tech equipment they have that they could improve this one aspect. I realize that sometimes there are emergencies and changes and people miss appointments or show up at the wrong time but I believe there is a solution. I think they should have their computers hooked up to a monitor that the patients can see the various suites and the appointed time for them. Kind of like the schedule at the airport terminal.
If they are concerned about confidentiality and everyone seeing everyone else's time, they could simply give each of us a personal ID that no one else would know except the patient and then you could see on the screen how many people are ahead of you and that would make it much easier to time ones bladder.
I have observed that there are quite a few both men and women that have to have a full bladder before their treatments. There may be other reasons having a schedule like that would make it easier for the patients to see how long of a wait they have. But then no one is asking me my opinion. 😁
Tomorrow is another early one at 9 a.m. so I need to leave the house at 7. At least the sun is pleasant in the morning and it is fun to ride my bike that 45 minutes to get to the hospital.
I found a blog that really speaks to me in this thing I am going through. I identify with this blog

Popular posts from this blog

Over Half Done with Radiation --- The Good Cancer

I am kind of celebrating tonight. Today was treatment 18 of 35. I am over half way through radiation treatments. And I feel pretty good.  My last post ended on a fairly up note. I did not have Covid-19 but I certainly had other issues. One thing about this cancer, it sure removes ones dignity. Between having a vital part of ones sex organs removed to being exposed and prodded in the most intimate and personal places, I don't have much dignity left.  Although I was very pleased that I did not have Covid-19 I was having all kinds of troubles with my bowels. Part of the treatment is to have an empty bowel when you show up for your appointment. For that reason I was attempting to eat in such a way as to keep things moving extra well. Maybe it was my own fault or maybe the treatments where finally doing their damage. Once a week each patient has a planned interview with a nurse, but one can request a meeting any time for any reason.  So on Tuesday I ask the receptionist that I wanted to
Read more

What Do YOU Want To Do? 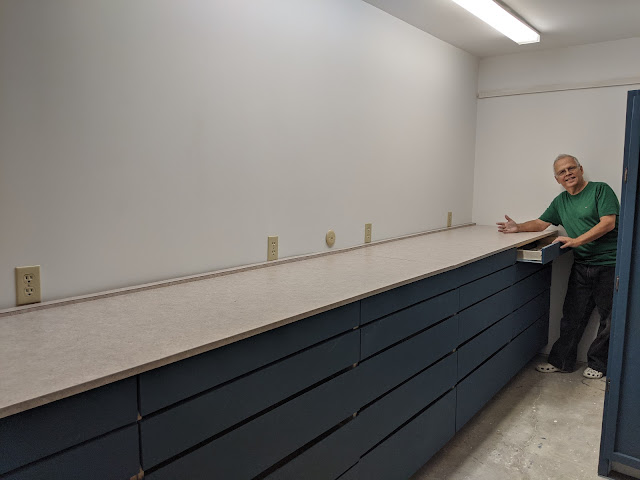 I am so tired of being asked that! I do like to be in charge of the decisions that have to be made. I do want to know all about my various test. I do like to know all the options. I just wish it was more clear as to what the best course of action is. In my last visit with my Radiation Oncologist he asked how I was doing on the ADT. I told him my minimal side effects and the ones that bothered me the most. Then I told him that when I ordered the next shot from the pharmacy they told me it was the last one. I was puzzled because it would only be 8 months on that and he told me in the beginning that I should be on it for 18 months. He then asked if I wanted to quit it.  That is what bothers me. No one seems to know what is the best course of action. From the the very first diagnoses the Doctor gave me literature to read. He asked me what I wanted to do. When I asked him about alternatives he seemed a little put off that I was asking him about treatments that where not his specialty (open
Read more 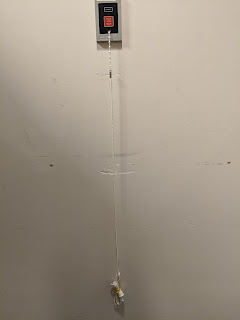 When I go for my radiation treatments the first thing I do after checking in is to collect my hospital gown and go to the change room to strip and put on the gown. Each patient has a slot for the gown which is stored in a small cloth hospital bag. My slot is #96. They ask you to use the same gown for a week or so and there is a ready supply of clean gowns and bags for you whenever you want a change.  There are four change rooms. The first several days I used the first one but then one day I arrived and that room was occupied so I selected the second one. I was surprised that the second room had no chair so I had to stand up to change, which means sometimes I lean against the wall, a little bit, to remove my shoes and pants. Do you see it coming?  😁 Well this day I was stripped down to my birthday suit and fiddling with the gown when there is a loud insistent knocking on my door. I was about to tell this rude person that someone is using this room, when I hear a voice say, "Are
Read more